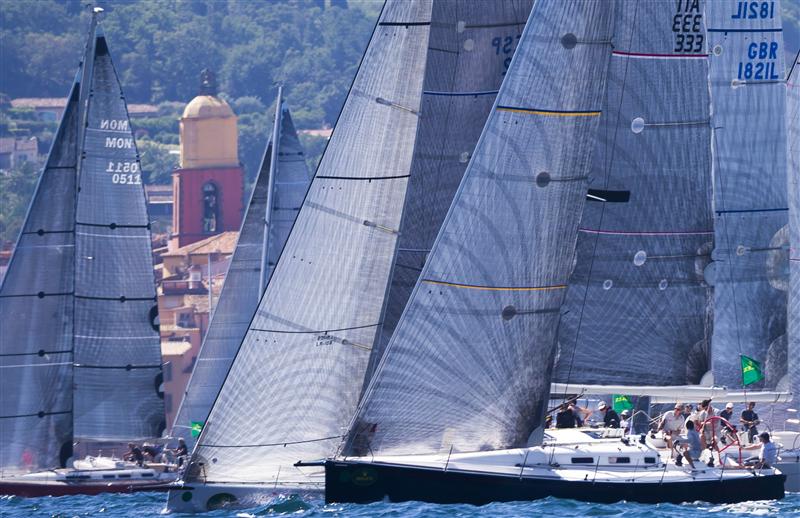 June is a favourite month for many, who live or holiday in the South of France, because there is just so much going on. One of the highlights of this fabulous time of the year is the Giraglia Rolex Cup, parts of which are played out in waters off Saint Tropez, a short hop in a luxury helicopter from Nice or Cannes.

A mainstay of the Mediterranean sailing agenda, the Giraglia Rolex Cup, is a week-long regatta which will this year begin in San Remo, Italy, on 13 June. The fleet of more than 200 yachts will then head westward to the picturesque port of Saint Tropez for a series of inshore racing before the main event, a race to the island of Giraglia off northern Corsica.

And for the first time ever in the event’s 62-year history, the regatta will head back up the coast to Monaco where it will finish on 21 June. The decision to finish the historic race, sponsored by a luxury watchmakers Rolex, in Monaco is to mark the opening of the Yacht Club de Monaco which was designed by distinguished architect Lord Norman Foster.

It’s a hugely exciting spectacle to watch the yachts set off from Saint Tropez, and we highly recommend that anyone wanting to get a good view books a helicopter to Saint Tropez for the start, on 18 June.

The boats then head to the Iles d’Hyères and around Giraglia, a rocky islet off northern Corsica and back again to the mainland for the finish, which is usually in Genoa, Italy.

We imagine it will be equally spectacular to watch the yachts stream into the Port of Monaco, especially if you observe it seated high above the clouds in one of our private helicopters.

The first Giraglia Cup was held in 1953, and regularly features up to 200 yachts, which battle it out under sail for 243 nautical miles to compete for the Rolex Challenge Trophy.  Past Giraglia Rolex Cup winners include the Esimit Europa 2, captained by German Olympic sailor and America’s Cup winner Jochen Schümann and Foxy Lady captained by brothers Dominique and Michel Heyraud, from France.