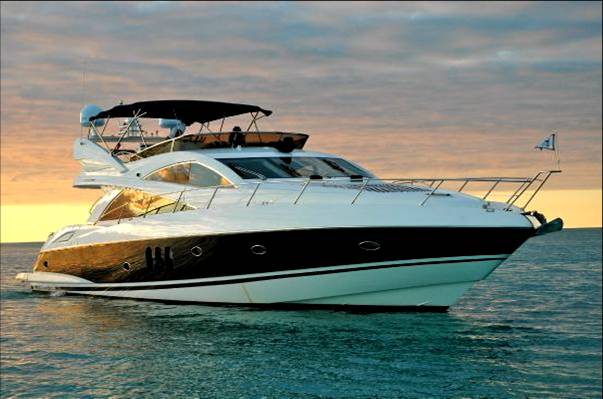 Unveiling a new name for the 37th edition, the Cannes Yachting Festival (formerly known as the Festival de la Plaisance de Cannes or simply Cannes International Boat Show), will take place between 9 and 14 September 2014 in the beautiful Bay of Cannes. The yacht show promises to be the best one to date. Give yourself a Cannes Yachthing Festival entrance to remember: fly in on a helicopter for two or more! Heli Securite operates regular nine-minute flights between Nice Côte d’Azur International Airport and Cannes.

Earlier this year, the organisers of the show unveiled a new name of the 37th edition of the event – the Cannes Yachting Festival, which was formerly called Festival de la Plaisance de Cannes. Within the industry the festival is commonly referred to as the Cannes Boat Show. In attempt to rebrand the festival, the Chambre de Commerce et d’Industrie Nice-Cote d’Azur also renovated Cannes’ marinas, which are expected to welcome over 50,000 visitors during the duration of the show.

The regular exhibitors are joined by new companies, all of which come to present their latest releases, including world premieres, such as Benetti Tradition Supreme 108 with its hybrid diesel-electric model, the debut of the 58 HT Chaseboat from Otam celebrating its 60th anniversary, the Riva Mythos 133, the Lagoon 630 Motor Yacht 1st motoryacht of the French shipyard and the Beneteau Oceanis 60 and much more to discover during the Festival. In addition, more than 500 new crafts and 50 second hand boats with sails or engines, mono-or multi-hulls are already expected to dock at the Festival to launch in the 2014-2015 season.

Guests of the yachting festival will also be able to enjoy a new Shopping Village and upgraded area for day-boats and rigid-inflatable boats (RIB). The layout of the show was also simplified and is now divided into eight different exhibitor category zones: one is in Port Pierre Canto and the other seven zones are in the Vieux Port. Each zone will have its own name and a colour so as to ease navigation and improve visitors’ experience at the show.

The Vieux Port will showcase inspiring new models and products over the six-day event, with a mix of motor boats and sailing boats ranging from 5 to 50 metres.

Link to the map of different zones: http://www.cannesyachtingfestival.com/GB/New-signage.htm

For further information about the Cannes Yachting Festival, please visit the website www.cannesyachtingfestival.com or telephone +33 (0)147 566 479